Whippets of our Past: We have had the privilege of having some sweet dogs grace our lives. Some we only had briefly before they moved on to forever homes. Some we had until they crossed the rainbow bridge. All of them will never be forgotten. 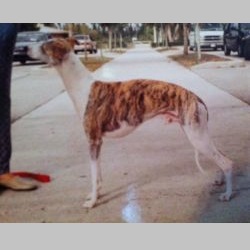 Riley was owner handler shown, but never pointed. Our first whippet, we learned a lot from each other. He was exceptionally smart, and though he never competed in obedience, I could put him in a down stay, go get a drink, go back outside, and he would be waiting. We were heartbroken when we had to have him euthanized at just 4 years old after discovering that he was critically and terminally ill. 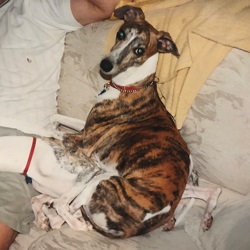 Though Spyder was never shown, he was our children's first dog and he is remembered fondly. He was a gentle soul that loved digging holes and lazy days. 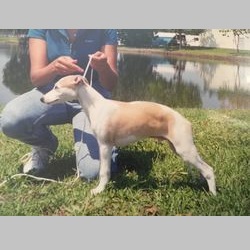 Willoughby was intended to be shown, but his ears had other ideas. He was a very sweet and sensitive dog. 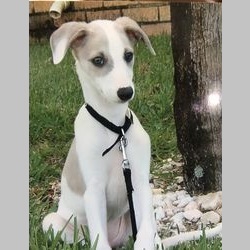 Shale was shown but though she was a lovely bitch, her eyes were just too light and so she was spayed and found a new home.
She was a whirlwind of a girl, always ready to play, and she loved to talk.

As this site is under contruction, we are still working out where stuff is going to go. Be patient with us.